Global car sales took a major battering due to the COVID-19 pandemic last year as the lockdown restrictions dramatically decreased demand for new vehicles. According to research by credit rating agency Moody’s, automotive unit sales plunged almost 16% in 2020, beating projections of a 14% drop at the beginning of the coronavirus crisis. This was the sharpest decline in car sales in many decades, even beating the 9% crash witnessed following the 2009 financial crisis. However, the rating agency forecast that sales would rebound in 2021.

London-based information provider IHS Markit Ltd. (NYSE: INFO) estimates that the rebound is likely to result in a 9% year-on-year improvement in global auto sales this year, with 83.4 million light vehicle units expected to be sold in 2021, while S&P Global, in a September 2020 note, put the figure at somewhere between 7 to 9%. However, the auto industry is not expected to touch pre-pandemic peaks of close to 100 million units sold in a single year till the middle of this decade. There has also been a shift towards electric vehicle manufacturing that is likely to hurt major carmakers.

Global management consultancy McKinsey reports that electric vehicle sales rose almost 65% between 2017 and 2018, continuing on an upward trajectory into 2020, but were hit by the pandemic. However, they have rebounded since, with electric carmakers like Tesla, Inc. (NASDAQ: TSLA) reporting the delivery of more than 180,000 units in the first quarter of 2021. The California-based EV maker beat market estimates despite a shortage of battery-making material. Tesla, Inc. (NASDAQ: TSLA) stock surged close to 7% after it posted the numbers.

The rise of electric vehicle firms and a global push to combat greenhouse gas emissions by taxing automakers has forced traditional car manufacturers to switch towards clean energy units. Cruise, an autonomous vehicle setup owned by General Motors Company (NYSE: GM), has signed a deal with the Dubai Roads and Transport Authority to be the exclusive provider for self-driving taxis and ride-hailing services through 2029. The move is part of a plan by General Motors Company (NYSE: GM) to introduce more than 30 new EV models globally by 2025.

Baidu (NASDAQ: BIDU), often known as China’s Google, earlier this year announced its plans to enter the EV market in partnership with Geely. The companies recently said that their $7.5 billion venture called Jidu Auto plans to launch its first electric car in three years. The vehicle will look like a robot and would be especially designed for younger customers. Baidu (NASDAQ:BIDU)’s vehicles will be powered by Geely’s open-source platform.

The automotive industry is definitely shifting towards clean energy options. Bloomberg research estimates that EV sales will account for more than half of all car sales by 2048. There is reason to be cautious about investing in companies that are struggling with supply chain issues and do not have a diverse range of products to survive through another financial crisis. It is also useful to follow disruptors in the industry to understand what innovations are expected to drive the market going forward.

It was not long ago that established carmakers were value stocks that offered steady gains to investors. However, new technology has thrown the auto industry into turmoil and left market experts baffled. The entire hedge fund industry is feeling the reverberations of the changing financial landscape. Its reputation has been tarnished in the last decade, during which its hedged returns couldn’t keep up with the unhedged returns of the market indices. On the other hand, Insider Monkey’s research was able to identify in advance a select group of hedge fund holdings that outperformed the S&P 500 ETFs by more than 124 percentage points since March 2017. Between March 2017 and February 26th 2021 our monthly newsletter’s stock picks returned 197.2%, vs. 72.4% for the SPY. Our stock picks outperformed the market by more than 124 percentage points (see the details here). We were also able to identify in advance a select group of hedge fund holdings that significantly underperformed the market. We have been tracking and sharing the list of these stocks since February 2017 and they lost 13% through November 16th. That’s why we believe hedge fund sentiment is an extremely useful indicator that investors should pay attention to. You can subscribe to our free newsletter on our homepage to receive our stories in your inbox.

Image by Varun Kulkarni from Pixabay

With this context in mind, here is our list of the 10 best automotive stocks to invest in now.

XPeng Inc. (NYSE: XPEV) is a China-based electric vehicle maker. The company makes and sells sports utility vehicles and four-door sedans under the G3 and P7 names respectively. The firm also has stakes in the electric battery, vehicle leasing, and ride hailing businesses. The company was founded in 2015 and is placed tenth on our list of 10 best automotive stocks to invest in now. The EV maker delivered more than 5,000 electric cars in March this year, up 384% compared to the previous year. It has delivered more than 50,000 EVs in total so far.

XPeng Inc. (NYSE: XPEV) has a market cap of more than $25 billion and posted an annual revenue of more than $895 million in December 2020, up from $333 million reported the year before. On April 16, the firm announced that it had signed an agreement with the Zhongsheng Group in China to improve the adoption of EV vehicles in the Asian country.

At the end of the fourth quarter of 2020, 30 hedge funds in the database of Insider Monkey held stakes worth $820 million in the firm, up from 26 in the preceding quarter worth $214 million.

Honda Motor Co., Ltd. (NYSE: HMC) is a Japan-based multinational firm that makes and sells automobiles, motorcycles, and power equipment. Honda was founded in 1946 and is placed ninth on our list of 10 best automotive stocks to invest in now. The automobile division of the firm makes cars, light trucks, and mini vehicles. Honda sells car spare parts as well. The new chief of the company, Toshihiro Mibe, has said that Honda is working on a plan to solely sell clean energy vehicles within the next two decades.

On April 1, Honda Motor Co., Ltd. (NYSE: HMC) reported that sales in the United States had improved by more than 90% in March compared to the previous year. The announcement came two weeks after Honda said that it had reduced production at facilities in North America due to supply chain issues.

Out of the hedge funds being tracked by Insider Monkey, Washington-based investment firm Fisher Asset Management is a leading shareholder in the firm with 6.7 million shares worth more than $190 million.

NIO Inc. (NYSE: NIO) is a Shanghai-based automobile manufacturer. It is often referred to as the ‘Tesla’ of China because of its innovative business model and the record sales and production numbers it posts every quarter. The firm reported earlier in April that it had delivered more than 7,000 electric vehicles in March alone. NIO has stakes in the EV battery business as well. NIO cars are cheaper than Tesla, Inc. (NASDAQ: TSLA) , making them an attractive option for the Chinese market. NIO is placed eighth on our list of 10 best automotive stocks to invest in now.

NIO Inc. (NYSE: NIO) has a market cap of more than $69 billion and posted a revenue of more than $2.4 billion in December 2020, up from $1.1 billion the year before. On April 20, investment advisory Mizuho Securities maintained a Buy rating on NIO and said the new battery swap station initiative provided the EV maker with a long-term expansion roadmap in China.

At the end of the fourth quarter of 2020, 34 hedge funds in the database of Insider Monkey held stakes worth $2.6 billion in the firm, down from 35 in the preceding quarter worth $1.4 billion.

On April 22, Ford Motor Company (NYSE: F) was given a Buy rating by investment advisory Deutsche Bank. The bank said the rating was based on the diverse range of products the firm offered and a robust manufacturing cycle. On April 8, Ford reported that sales of the company in China had soared 73% in the first quarter of 2021 when compared to the previous year.

Out of the hedge funds being tracked by Insider Monkey, Boston-based investment firm Arrowstreet Capital is a leading shareholder in the firm with 49.6 million shares worth more than $436 million.

Li Auto Inc. (NASDAQ: LI) is a China-based electric vehicle manufacturer. It was founded in 2015 and is placed sixth on our list of 10 best automotive stocks to invest in now. The most famous product of the firm is Li ONE, a six-seat electric SUV. The firm makes electric vehicles that can be powered by gasoline as well. The firm claims the strategy of fitting electric cars with gasoline systems is important for consumers who do not have EV charging stations in their localities. The firm has a market cap of more than $18 billion.

On April 8, Li Auto Inc. (NASDAQ: LI) announced that it had raised $750 million in debt capital for the research and development of new clean energy vehicles. Li is one of the companies that stand to benefit from a new US government plan to incentivize the production of electric vehicles by extending tax breaks for the firms in the sector.

At the end of the fourth quarter of 2020, 31 hedge funds in the database of Insider Monkey held stakes worth $497 million in the firm, up from 26 in the preceding quarter worth $286 million.

Click to continue reading and see 5 Best Automotive Stocks to Invest in Now.

Disclosure: None. 10 Best Automotive Stocks to Invest in Now is originally published on Insider Monkey.

How to build a company scenario

Thu Apr 29 , 2021
&#13 Expend Matters welcomes this visitor article from Joël Collin-Demers, Consulting Principal at Pure Procurement. When is it time to substitute outdated appliances? When they split? When you adjust your decor? Or is it when you make your mind up to severely begin cooking in the course of a pandemic […] 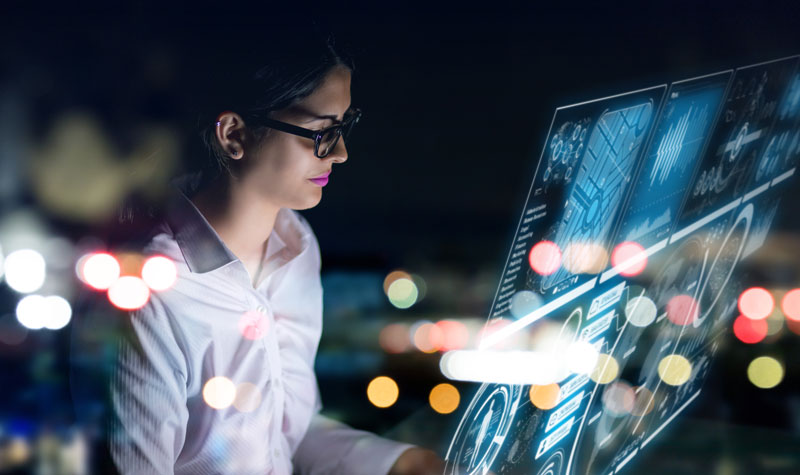