Charlene O’Brien at Bud Flowers with her colleague Charlotte

The 30-person limit may have been lifted on nuptials in England, but stringent rules mean florists and bridal shops are struggling to get back on their feet.

Under current government regulations, couples must complete a full risk assessment before tying the knot and could be liable for a £10,000 penalty should guests break social distancing rules.

Mask wearing is encouraged, dancing is not.

“Who wants to get married like that?” said, Saraa Ing, the owner of a wedding dress shop in Wells Terrace, Finsbury Park, which is soon to be closing its doors for the last time.

“People come and they ask for very cheap dresses, because why should they spend a lot of money right now?”

Business has not picked up at the boutique, which caters for the large North African population in the area, since it was allowed to re-open in April.

A wedding jumpsuit from the House of Ollichon

Now with the Covid business rate holiday about to come to an end, Ms Ing, said she has no choice but to close it down.

A red sign declaring “Everything Must Go” stands out among the white satin in the shop front.

A few minutes walk away, the staff at Bud Flowers are also missing those extravagant wedding dos.

“We used to do weddings at places like The Dorchester and Claridge’s but now people can’t have enough guests for that,” said Charlene O’Brien, who has worked in floristry since she was a teenager.

“We’d do so many things like the table arrangements, decorating the church or synagogue, and we’d do a big job on the after party.

“Now most of the work is just doing a bridal bouquet, some button­hole flowers and the bridesmaids’ bouquets. It’s not the same and it’s had a big effect on business.”

The £14.7billion wedding industry directly employs over 250,000 people across the UK.

Hannah Ollichon, who set up the House of Ollichon in Canonbury Yard, said she started to think something was not right in early 2020.

“As a bridal boutique in central London, you fully expect January and February to be busy – but it wasn’t,” she said.

“I remember saying to my mum: ‘do you think this China thing is making people a bit cautious? As time went by, I started to panic.”

Some of House of Ollichon’s clients have had to delay their weddings four times and there are more than 100 unworn outfits sitting in the atelier.

Many will have been there for two or three years by the time they get their moment down the aisle.

The former city worker built her Islington company up from scratch over seven years, after spotting a gap in the market for practical wedding wear.

House of Ollichon – just off the New North Road – prides itself on being the only wedding dress shop in the world that doesn’t sell any dresses.

Instead, it caters to modern women who want jumpsuits and two pieces, “outfits that actually let you go to the loo by yourself.”

The shop has a large lesbian client base and, before the pandemic, women would fly in from around the world for a fitting.
But Ms Ollichon said she had to scale the business back.

“I don’t think we made one sale in 12 months because it was all too unsure,” she said.

“My landlord was wonderful, he gave us half price rent for six months. That was a lovely gesture, but it was a drop in the ocean really.

“The thought of going to all our clients and saying ‘sorry we’ve gone bust, come get your outfit’ – that made me feel sick in the stomach. It kept me awake at night.”

To keep the business running, Ms Ollichon has had to give up her full-time role in the company and go back to the corporate world.

“We’re not quite inthe green yet, but we’re in the light green,” she said.

Ms Ing’s boutique has not been so lucky. She doesn’t know what the future holds: “I can’t think about that right now,” she said, before excusing herself to help one of her last remaining customers.

Sun Jul 4 , 2021
An electric vehicle from Renault currently being charged in Berlin, Germany, on April 10, 2020. Annette Riedl | photo alliance | Getty Images Renault declared Monday it had signed “two important partnerships” similar to the structure and creation of electric powered car or truck batteries, starting to be the latest […] 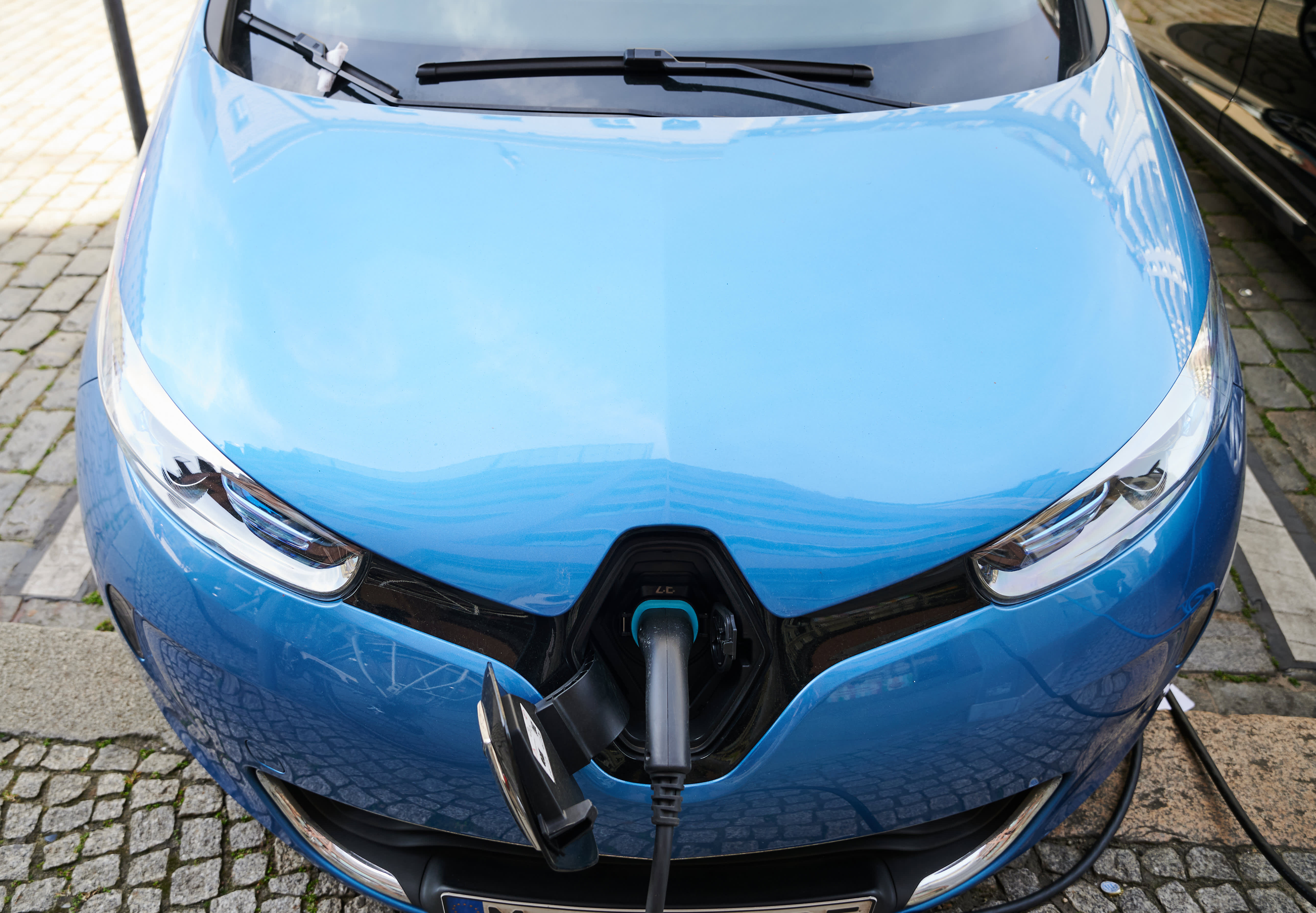