Despite broadcast conflicts that frustrated TV viewers during both races of IndyCar’s Detroit Grand Prix this past weekend, the series returned promising ratings numbers as it finished up its stretch of six network TV races among its first eight broadcasts of 2021 with NBC.

Saturday’s Race 1, which included an hour-plus red flag pause after Felix Rosenqvist’s nasty one-car crash into a tire barrier that landed him with an overnight hospital stay, averaged 845,000 viewers, making it the most-watched Detroit Race 1 since 2017 (around 850,000 on ABC). It was also a 10% jump compared to the last running of the Detroit Grand Prix in 2019 (768,000 viewers), which was a rain-shortened event, and better than Race 1 from 2018, which marked ABC’s final race broadcast.

Both broadcasts fell victim to the sports programming preceding it running longer than anticipated. On Saturday, NBC aired a Premier Lacrosse League match between Whipsnakes LC and Cannons LC starting at noon, with Race 1 of the Detroit Grand Prix set to follow immediately after at 2 p.m. The race’s green flag was scheduled just minutes into the broadcast, at 2:05 p.m.

But with Whipsnakes up 13-10 with eight minutes remaining in the 48-minute regulation game, Cannons came back and tied things up, 14-all, with under a minute to go in the fourth period. This pushed the game into overtime — though the Whipsnakes scored a sudden-death gamer-winner a minute in to prevail, 15-14.

The extra action, though, ate into the first couple minutes of the IndyCar race, angering fans who had no platform to watch on. At the moment, NBC’s Peacock streaming platform doesn’t allow for races to be watched live. And with the 78-minute red flag period to extricate Rosenqvist from his car, clean up the wreckage and repair/replace the crash barriers in that turn, the race broadcast lasted more than three hours.

After a second red flag with under 10 laps to go, Will Power’s car wouldn’t restart immediately with what appeared to be an overheated ECU, and Marcus Ericsson capitalized and claimed his first IndyCar win.

IndyCar’s Race 2 broadcast was originally schedule to start at noon, with a longer pre-race show that would lead into a green flag at 12:50 p.m. The men’s French Open final started at 9 a.m., but after Stefano Tsitipas won the first two sets over top-seeded Novak Djokovic, the tennis great mounted a roaring comeback, winning the next two sets with ease. The two players were only midway through the fourth set when the IndyCar NBC broadcast was supposed to begin.

To counteract the delay, NBC pushed the start of its pre-show to 12:30 p.m. but was forced to bump everything over to CNBC, including the first 40 or so laps of the race. The fifth set of the tennis final started right around the start of IndyCar’s lead-in show, and Djokovic claimed his five-set thriller around 1:25 p.m. Including the brief awards ceremony and commercial breaks, IndyCar coverage finally switched back over to NBC around 1:45 p.m. — in the middle of Josef Newgarden’s dominant performance that included leading 67 of the 70 laps.

Those that did tune in got a chance to witness one of the best late-race charges in some time, as Pato O’Ward drove up from 6th, where he sat heading into a restart with 12 laps remaining. After another yellow flag, he eventually overtook Newgarden for the lead with just over two laps to go and drove away from the field for a more than 6-second win — his second of the year, and one that gave him the championship lead.

The races mark the final two of an NBC-heavy first half of the 2021 IndyCar season. Presently, the series and its broadcast partner are locked in negotiations for a future TV deal — the present one, NBC’s first as the series’ sole broadcast partner, is in the third of a three-year contract.

This weekend, IndyCar heads to Road America for a noon broadcast on NBC Sports, with a green flag scheduled to fall around 12:40 p.m. Four of the series’ next five races are set to air on NBC Sports.

Take it easy on Father’s Day? No Thanks. Give Me Insanity.

Tue Jun 22 , 2021
Father’s Day is practically here, and these two young children who live in my residence hold inquiring me what I would like to do for the holiday, since, evidently, I am their father. Which is what they’re declaring, at the very least. They have available to serve me breakfast in […] 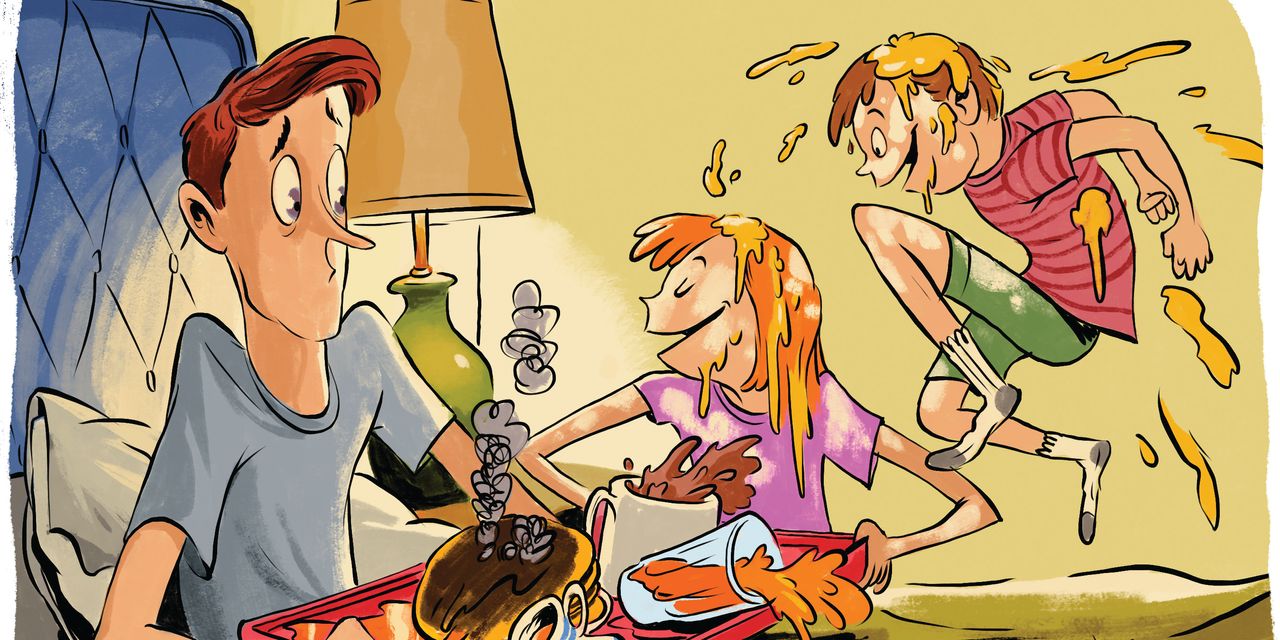