On a plane tree-lined shopping street in Berlin’s fashionable Gräfekiez neighbourhood, two children are glued to the front of a brightly lit ground-floor office space, decorated with the understated minimalism of a design agency.

The object of their curiosity is a Lego window display, showing a miniature cemetery and a coffin carried by four tiny pallbearers, complete with black top hats.

“I love this”, says their mother as Birgit Scheffler, the co-owner of funeral home Das Fährhaus (The Ferry House), steps out of building’s front door. “It would be nice if death becomes less of a taboo for my kids’ generation than it was for my own.”

Das Fährhaus’ inviting exterior is a deliberate contrast to traditional funeral parlours, who usually have “blacked out windows or drawn blinds, and maybe a dead fly lying on the window sill”, as Scheffler put it.

Specialising in alternative or bespoke funerals, her undertaker’s business is one of several ventures that are currently brightening up a German way of death that used to be considered one of the gloomiest, most ritualised and rigidly regulated in Europe.

“In postwar Germany, our grief culture was shaped by the legacy of the two wars”, said Scheffler, 43, who used to work in marketing and distribution for a media company before retraining in 2017. “In a culture that was focused on building something new from the ruins, death was pushed aside.”

The psychoanalyst couple Margarete and Alexander Mitscherlich famously diagnosed Germany with an “inability to mourn”, a phrase that was amplified by the 1968 student movement and has since echoed through the country’s postwar history.

Coronavirus, however, is proving a catalyst for a new way of talking about mortality. “Death is suddenly at the centre of our lives”, Scheffler said. “The first thing many of us do when we wake up is look at the number of people who have died in the last 24 hours.”

A national conversation about dying has captured the radio waves and television screens. In My Perfect Funeral, a critically acclaimed new series for radio broadcaster Deutschlandfunk, interviewees describe how they want to be put six feet under.

Netflix’s recent The Last Word, meanwhile, stars German comedy star Anke Engelke as a widow who reinvents herself as a eulogy speaker. “There is no wrong way to mourn”, says Engelke’s voiceover in the concluding episode. “Death is only terrible if you take it seriously.”

Scheffler and her co-owner Sahra Ratgeber opened Das Fährhaus in August, at a time when neighbouring shops were struggling with social distancing requirements and losses incurred during the spring lockdown.

New hygiene rules have also proved a burden for undertakers, limiting the number of people allowed to attend funerals and requiring embalmers to wear additional PPE. Open-casket funerals have been banned; the bodies of those who have died of or with Covid-19 are buried in body bags.

Yet among bereaved families the lockdown has inspired creative new ways to send off the departed. This year, Das Fährhaus has organised a funeral in which mourners were allocated time slots to adorn the grave with painted stones rather than the conventional flowers. At another, family and friends dropped chocolate bars rather than sand onto the coffin of a deceased chocaholic.

Her business offers mourners the opportunity to build their own coffin or work with a ceramicist to make a bespoke urn. “The more elements of the funeral relatives or friends can create themselves, the better.”

Increasingly, she said, people were getting in touch to put down specific instructions for their own funeral in writing: one woman dreamt of being buried in her wedding dress, a composer wanted to make sure some of her works were burned alongside her.

A heightened sense of one’s own perceived uniqueness may be associated with the much-derided “snowflake generation” of the 2010s, but Scheffler said she has noticed a change across all ages. “Even people in their 70s and 80s are becoming more creative.”

Outside the German capital, with its high tolerance threshold for alternative lifestyles, more traditional last rites still prevail, said Louise Brown, who presents the My Perfect Funeral podcast. A Hamburg-based journalist for print and radio, Brown has since 2015 also worked as a Trauerrednerin, a freelance “mourning speaker” for those who don’t want a eulogy to be spoken by the clergy.

While the tradition of such “free speakers” goes back to the free religious movement of the 19th century, other aspects of the typical German funeral remain unusually heavily steeped in tradition. The country is one of the few in the world where coffins or urns must be buried in a cemetery, the so-called Friedhofszwang, and where scattering the ashes of the cremated or dividing them between family members is banned.

“Most Germans still have a small-c conservative attitude to death”, said Brown, 45, a dual British-German citizen. “The organ music at the start of the funeral, the church bells on the walk to the grave: to many people these rituals still matter”.

What was changing, she said, was the bandwidth of what could be said in a eulogy: “People want more personalised speeches, and they no longer want me to skirt around the conflicts and the difficult phases in a person’s life.”

Interviewing family and friends in preparation for her speeches, said Brown, was like leafing through a photo album: “Often the funniest, most honest and authentic pictures are filed loosely near the back pages. The pictures that were taken on the fringes of the official photo session on a holiday, after an award ceremony or a 50th birthday. The pictures no one tried to pose for, the ones we thought were too blurry or out of focus. In a funeral speech, these are often the images that the bereaved most identify with.”

The pandemic has also constrained the jobs of mourning speakers, forbidding not only communal singing but also the customary post-funeral meet-up over coffee, which Brown says can be more important than the funeral itself.

“After the body has been laid to rest, there is usually a moment where the bereaved are both still very vulnerable and very open with each other. The intimacy of these gatherings isn’t something that you can recreate in a Zoom call.”

In times of Covid-19 families are increasingly opting for cremations, in the hope they can postpone the communal get-together until after the pandemic is over (urns, unlike coffins, can be put into storage for up to six weeks): according to Germany’s national association of undertaker’s, cremations now make up 70% of all funerals.

But even before Germany’s severe second wave and the ensuing Christmas lockdown squashed hopes of get-togethers in the near future, many had started looking for alternative new rituals. Graphic artist Anemone Zeim started her “remembrance workshop” Vergiss Mein Nie (Forget Me Never) seven years ago, helping bereaved people to come up with creative projects that conserve memories of their lost ones: films cut together from old Super 8 footage, scarves recycled from a late grandmother’s favourite jumper, or lampshades patterned with a deceased friend’s handwriting.

“You can’t solve your grief with a checklist”, said Zeim. “You need to get creative to find individual solutions. You need to use your hands to stop you getting trapped in your brain. That’s what we help with.”

In recent months, requests for her agency’s services have doubled, with emails flooding in not just from the Hamburg area where her business is based, but from across Germany, Austria and Switzerland.

So-called “grieving tools” sold via Forget Me Never’s website, such as funeral cards, an “anger capsule” for writing down unresolved feelings towards the deceased, or “flower tears” containing bulbs and a clump of soil, have been in high demand.

“We’ve been working flat out”, said Zeim, “not necessarily because more people have died because of coronavirus but because people who have suffered a loss have been shacked up in their own four walls. There are advantages to that too: you don’t have to deal with the social stigma of grieving in public. But the danger is that you can become wrapped up in your sorrow.”

Zeim said she expected demand to keep on rising in the new year. “The process of mourning can take months or years, and not just individuals can mourn, but societies too. We as a society are already grieving for the toll that this pandemic has taken of us. We just haven’t realised yet.” 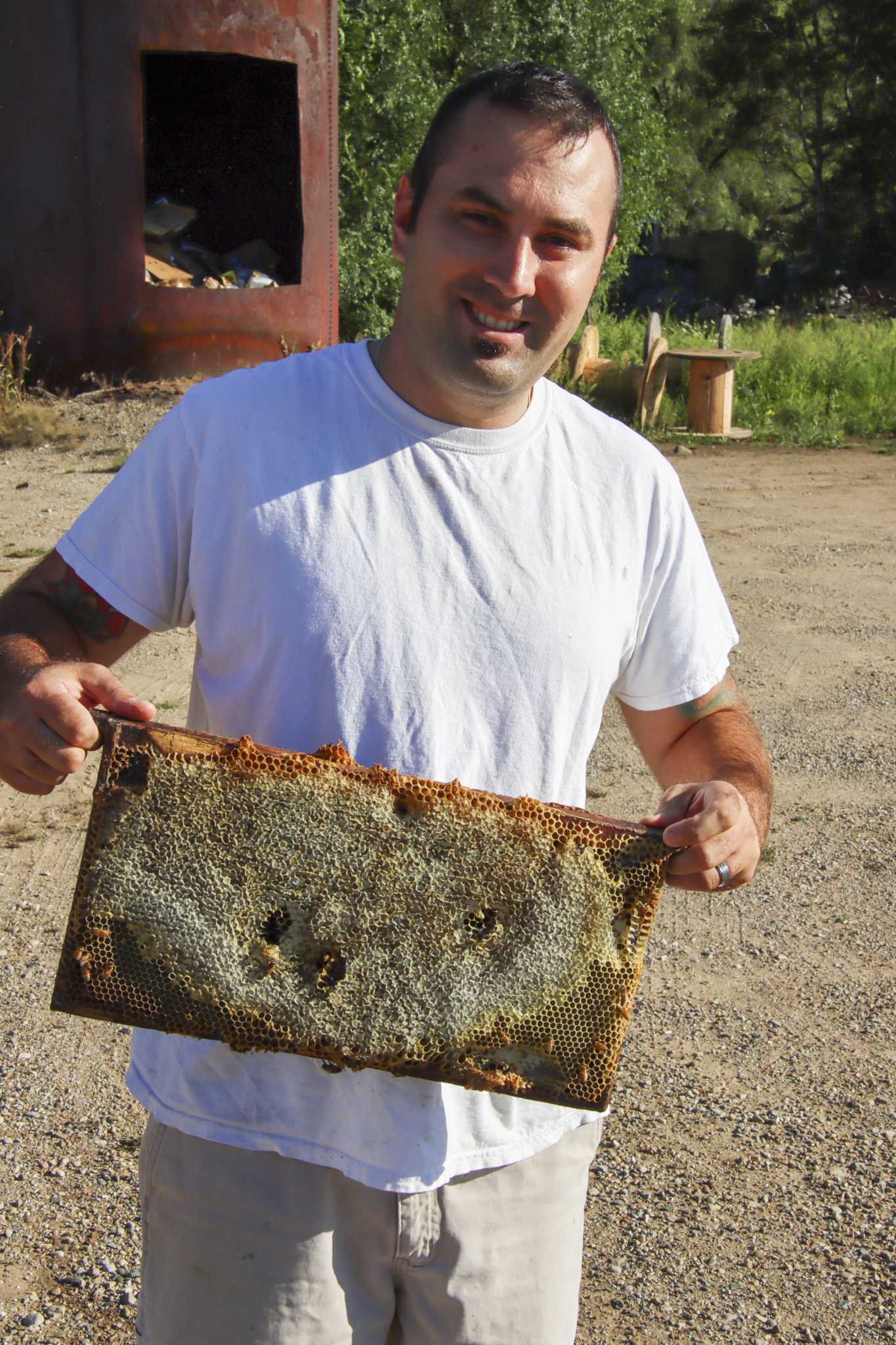