Difficulties with speech are not uncommon for children with autism. They may experience speech delays, childhood apraxia of speech, idiosyncratic speech, or be nonverbal into adulthood.

Another speech phenomenon sometimes found in people with autism is pressured speech. What causes this type of speaking, and what kind of treatment is available? Let’s take a look.

What is pressured speech?

Pressured speech is when someone talks abnormally fast, so fast that their conversation is difficult to understand or totally incoherent. It may also be too loud. Other people will find it hard or impossible to interrupt the speaker.

Sometimes, the speaker will continue talking even if no one is listening or responding to them. They may jump between topics that have little to no connection to each other.

This isn’t the same as someone speaking rapidly because they’re upset or excited—the rate of speech won’t match the situation, and the speaker will feel like they can’t control when or how fast they talk.

Something called “flight of ideas” is most commonly considered to be the underlying cause of pressured speech. The Encyclopedia of Clinical Neuropsychology defines flight of ideas as an “overabundance of ideas with only superficial connections.” This manifests in the confusing, incessant talking.

Sometimes, neurotypical people who are experiencing a period of severe anxiety may exhibit this symptom. Illegal stimulant drugs, such as cocaine, MDMA, methamphetamines, and PCP, have also been known to induce rapid speech.

But this type of speech is most often found in mental health conditions, such as schizophrenia and bipolar disorder.

Psychosis is when someone loses touch with reality to the point that they experience hallucinations (seeing, hearing, smelling, or feeling things that aren’t there) and/or delusions (believing something that isn’t true, like that they’re receiving secret messages). Among other symptoms, someone having a psychotic episode may exhibit pressured speech.

Psychosis can be caused by a condition such as the aforementioned schizophrenia and bipolar disorder, head injuries, dementia, or sometimes just extreme emotional distress.

Can a child with autism have pressured speech?

Little research has been conducted into how pressured speech interacts with autism spectrum disorders (ASDs) specifically. Still, some children with autism have been known to talk this way.

An autistic child with pressured speech may also have a mental health condition. Anxiety, for example, is a very common problem for people on the spectrum—according to the Anxiety and Depression Association of America, around 40% of children with autism have “clinically elevated levels of anxiety or at least one anxiety disorder”. Pressured speech isn’t an extremely common anxiety symptom, but it can occur.

Some people with autism are also diagnosed with bipolar disorder. Studies indicate that as high as 27% of the autistic population shows symptoms of bipolar, compared to 4% of the general population (others believe that this estimation is too high, given how many signs overlap).

Don’t miss out on our special offer.
Click here to find out more

Symptoms of a manic episode can be hard to detect in autistic people, because some traits of mania, such as distractibility and lack of sleep, can be found in autism normally. But if your child does have bipolar disorder, a manic episode may present as…

If your child flips between periods of hyperactivity and periods of depression, bipolar disorder could be a possibility.

The term “autism” was originally coined as a symptom of schizophrenia, referring to how schizophrenic people withdraw from the world around them. In 1943, child psychologist Leo Kanner reused the term to describe children with repetitive behaviors, communication struggles, and difficulty socializing—all hallmarks of ASD as we know it today.

Eventually, mental health researchers concluded that they were two distinct disorders. It was even thought, for a time, that it was impossible for someone to have both.

Today, there aren’t definitive answers about how they intersect. There are similarities between the two—in an article for Spectrum News, Daisy Yuhas writes that both “are associated with cognitive and sensory-processing problems, both are strongly heritable, and both involve atypical brain development. In terms of social behavior, they can look especially similar.”

Some research suggests that people with autism are more likely to also have schizophrenia than the average population. For example, a 2009 study concluded that “[childhood onset schizophrenia] is preceded by and comorbid with Pervasive Developmental Disorder in 30%-50% of cases” (pervasive developmental disorder being a somewhat outdated term for autism and related disorders). But other research that looked at genetic factors was unable to find a clear link between the two conditions.

Nevertheless, it’s possible for autistic people to experience the kind of psychosis that produces pressured speech. A 2020 study found that the prevalence of psychotic episodes in ASD is around 24%, compared to 5-12% for the general population. The reasons for this remain unclear.

There is another language problem found in autism that can produce fast, unclear conversation. Cluttering is when someone talks rapidly, with syllables that run together, excessive filler words and repetitions, and abnormal pauses.

It often occurs alongside stuttering, though it’s less well-known. Unlike stutterers, clutterers have a hard time hearing their own mistakes. They are frequently misdiagnosed as stutterers and sometimes go without a diagnosis entirely because the cluttering is dismissed as just talking too fast.

Cluttering can sound like pressured speech, but it’s not rooted in the flight of ideas. It is more of a language disorder than a thought disorder.

How you treat your child’s rapid talking will depend on what causes it.

If your child has cluttering and/or stuttering, a speech-language therapist can help him/her practice articulating clearly, slowing down, and using natural pauses. Breathing exercises, reading, and talking in an exaggerated voice are just a few strategies therapists can use with children who struggle to be understood.

You may suspect that his/her behavior is related to one of the mental health conditions discussed above. In that case, it’s always best to seek medical advice from an experienced professional.

People with bipolar disorder are typically treated with some form of medication. Lithium is one of the most common, but because of its intense side effects, mood stabilizers like valproic acid are often considered safer for people on the spectrum. Drugs are used in conjunction with an approach like cognitive behavioral therapy. This teaches patients how to manage their emotions and thoughts for improved mental health.

Bipolar can also be treated with antipsychotic medication—which obviously treats psychosis as well. These drugs reduce the occurrence of delusions and hallucinations. Some people may only need to take antipsychotics temporarily, while others may need to manage lifelong symptoms.

If your child deals with manic or psychotic episodes, know that it can take time to find the right treatment and dosage.

Severe anxiety could also be a factor in your child’s pressured speech—if that’s the case, cognitive behavioral therapy has shown lots of promise for autistic children who suffer from anxiety. Antidepressant medication is also an option. As always, it’s important to consult with health care professionals about your child’s needs.

Pressured speech is just a sign of other disorders, not a disorder of its own, so you must treat the root cause first.

Communication issues are common in kids with autism, and there’s still lots of research to be done about the varieties, causes, and best interventions. Sometimes, fast speakers just need some speech therapy in order to make social interaction easier. However, it can be a sign of more serious mental health problems.

It may be overwhelming to accept that your child has additional struggles alongside ASD. But with the help of doctors and therapists, it’s possible for your child to have a high quality of life.

No matter the cause, the kids with the best outcomes receive plenty of love and emotional support from the ones who can give it best—their family.

Autism Parenting Magazine aims to deliver informed resources and guidance, but information cannot be guaranteed by the publication or its writers. Our content is never intended to be a substitute for professional medical advice, diagnosis, or treatment. Always seek the advice of a physician with any questions you may have and never disregard medical advice or delay seeking it because of something you have read on this website.

Enable Me with My ADHD Forgetfulness

Tue Jul 20 , 2021
ADHD is considered to impair the govt operating in your brain, which can induce information storage glitches. Govt function controls your: intricate problem-resolving skills emotional management activation (i.e. how quickly you can start off a undertaking) memory recall capabilities Any interruptions in your government operating can directly have an effect […] 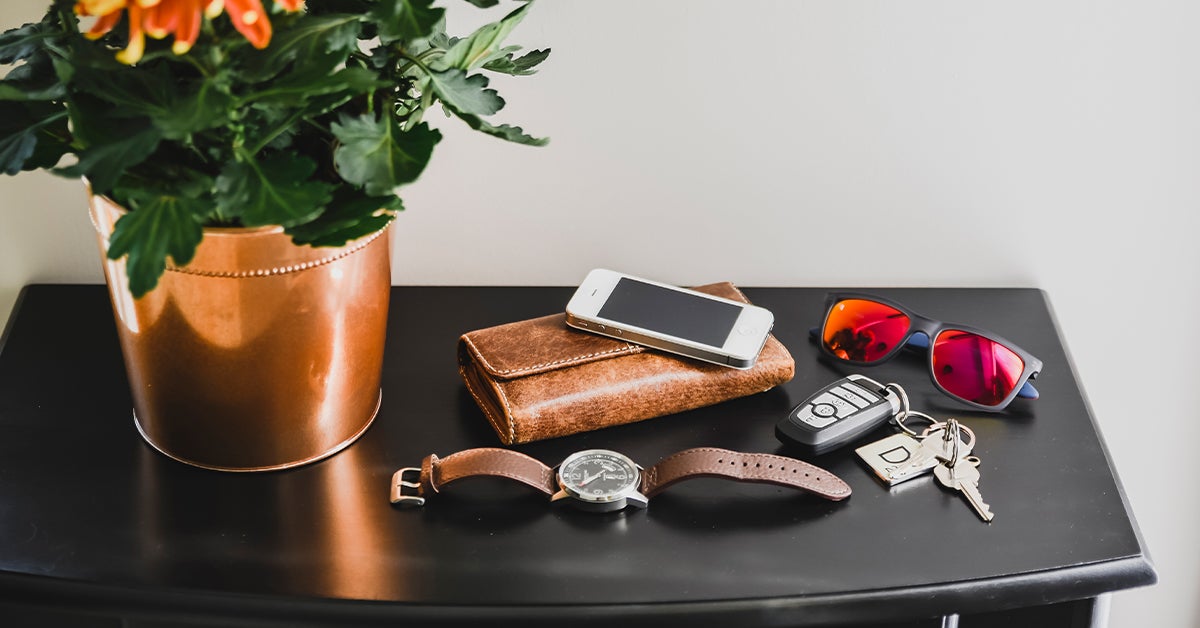