The Tokyo Olympics will expand its lineup of competitions with three sports that have long been championed for recognition on the global stage: skateboarding, surfing and indoor climbing.

For decades, these sports were largely represented in the U.S. by white and male superstars — including skater Tony Hawk, surfer Kelly Slater and climber Alex Honnold — but the games have the potential to change that narrative going forward for millions of minority and female fans around the world.

Lou Harris, a longtime surfer from Queens, New York who runs the local chapter of the Black Surfing Association, a surfing school that caters to young minorities, told ABC News that the display of talent from diverse athletes around the world is sure to inspire a new generation.

The skateboarding team has three members who are minorities while the other two sports are made up of all white athletes. The American teams did not immediately respond to requests for comment.

Mariah Duran, who’s leading the U.S. women’s Olympic street skate team, and Kyra Condie, who is on the U.S. Olympic climbing team, told ABC News they were proud to be poised to make history in Tokyo.

“As long as the sport continues to grow, that’s the ultimate goal,” Duran told ABC News about skateboarding.

Duran, Condie and Harris all reflected on their journeys in their respective sports and how the changes in the community have led to this moment.

“In general it is getting better but we still have a long way to go,” Condie told ABC News.

Each of the athletes interviewed by ABC News said they got started in their sport almost the minute they saw it in person.

Harris moved to Rockaway Beach in Queens, in 2006 and said his jaw dropped when he encountered the surfers there.

He said his girlfriend at the time saw his excitement and encouraged him to join in. Harris went to a local surf shop, got his first board and taught himself how to ride the waves.

“The day I caught my first wave I was like, wow, I did that myself,” he said.

Condie, 25, also got into climbing through a chance encounter around the same time. The St. Paul, Minnesota native was at a rock climbing gym for a childhood birthday party when a gym coach took notice of how adept she was.

The then 10-year-old accepted the coach’s offer to join the team.

“I pretty much immediately saw there were competition possibilities in climbing and that really suited me,” Condie said.

Climbing, for her, was more exhilarating than other sports, because she sees every competition as its own unique experience.

“I’m figuring something out and doing some fun moves that feel really interesting and jumping around and swinging out,” she said.

The Albuquerque, New Mexico native said she followed her brother into any sport or game that he took part in, but it was skateboarding that really excited her.

There was no structured training, like when she would have to spend hours practicing for baseball. Instead, it was all up to her. Every perfect ollie, every stumble and every grind made her a stronger skater, she said.

“The individual satisfaction you get from pushing yourself and getting up after slamming, that’s just the part that I love about skating,” Duran said.

Progress, but still long roads ahead

Each of the three new Olympic sports have grown their women and minority communities by varying degrees.

A survey released in February 2020 by the University of Southern California found that 46% of skaters were non-white and a quarter were women. The study, which was funded by the Tony Hawk Foundation, revealed that skaters of color felt a degree of “safety from judgment” within the skateboarding community.

“Our research shows that through skateboarding, skaters develop the ability to communicate and build relationships with people from diverse backgrounds,” Neftalie Williams, a co-author of the report, said in a news release.

Women and minority pioneers from the 80s and 90s like Elissa Steamer, Eric Koton and Kareem Campbell paved the way for this year’s Olympic skateboarding teams. Among the six male skaters on Team USA are Nyjah Huston and Heimana Reynolds, who are both of Asian, Pacific Islander descent, and Zion Wright, who is Black.

Duran said she feels honored being part of the sport’s evolution and sharing the field with the five other women skaters. She said she never felt awkward taking part in events even when there were so few women competing at smaller, local events early in her career.

“I was always that person. I was the only girl on the baseball team or the only girl who wanted to play football on the field,” she said.

The climbing world, on the other hand, has had to deal with some growing pains. The sport has more barriers to entry since climbing gyms are scarce in parts of the country, according to Condie.

She added that climbing isn’t an NCAA sport, so athletes have fewer opportunities for scholarships while competing.

A 2016 survey by Flash Foxy, an online community for women climbers, suggested that women have the additional barrier to scale, misogyny. The survey found that women climbers were two and a half times more likely to experience microaggressions in the gym than men climbers.

Condie said she experienced this when she was a teen climber when she was turned down by her local gym to be part of its setting team, which places the grips on the climbing wall, in favor of its male members.

“Looking back, that probably wouldn’t have happened if I was a guy,” Condie said. In the end, she said, instances like that pushed her to train harder.

While Black and Latino surfers may be common in places like the Caribbean and Latin America, diversity has been more of a struggle in America. In fact, the U.S. Olympic surf team is all white.

Harris said when he started out surfing, he got bewildered stares from beachgoers who had never seen a Black man with a board. Even though he’s now a popular member of the Rockaway Beach scene, he says he still faces some struggles from people not used to the changing demographics.

He recalled one instance where a white woman from Manhattan contacted him for lessons. When she arrived, Harris introduced himself, but got an unexpected reaction.

“She looked at me and was like, ‘You’re not Louis,'” Harris recalled.

After other surfers told her that Harris was the instructor, she ran back and apologized. Harris said he forgave her.

One of the ways the athletes said they are working to change these barriers is by promoting their sports to younger minorities and women.

Harris was teaching surfing for years but in 2016 he says he decided to offer free lessons to children in the neighborhood, creating the Rockaway branch of the Black Surfing Association after reading a story about a deadly fire that was started by a minor who told investigators he was bored.

Harris said that he’s heard from dozens of Black, Latino and other minority families over the years who expressed interest in getting their kids into surfing after years of hesitation.

“They’re like, ‘My son or my daughter wants to surf, but we don’t know how to do it,'” Harris said. “They don’t want to be embarrassed in front of all of the white kids.”

Harris said he’s helped to ease those apprehensions by promoting his program and his diverse group of surfers with presentations on the beach, pep talks at local schools, and most importantly on social media.

Duran said she’s seen more women hit the half pipes and skate parks and add to their unique personalities and styles to the sport.

Many are inspired by seeing the videos of women competing in professional competitions, amateur acts and other tricks online, according to Duran.

“I’ve kind of described it as a tree,” Duran said of the skateboarding community. “The root and the culture are always going to be the same, but you can branch as far as you want out of it. There is no right or wrong way.”

Condie has also been using her social media platforms to promote climbing among underrepresented athletes, and show that not every day is a walk in the park.

Condie said for every Instagram story showing a successful, quick climb there’s one where she stumbles or takes longer than her usual best.

Condie said she’s most proud of the feedback that she gets online, anytime she promotes women and minority climbers who typically don’t get the spotlight.

She said she’s most looking forward to having her sport boosted by the Olympics.

Making a mark in Tokyo

When the International Olympic Committee announced in 2016 that climbing would be an Olympic sport at Tokyo, Condie said she did not hesitate to try out for the team.

After years three years of practice, competitions and qualifying, she said she’s anxious to make history with other top climbers, such as Nathaniel Coleman, Colin Duffy and Brooke Raboutou.

“I think everybody is like-minded and great role models for the sport, and that’s something I’m proud of,” she said.

Duran said she still can’t believe that skateboarding and the Olympics will be said in the same sentence, and that she qualified for the team. She added that she would be honored if one or two more girls picked up a board just from seeing the women’s team.

“I quit all of my other sports that could potentially be in the Olympics to skate,” Duran said. “It was more of a confirmation that I was meant to be here.”

While the U.S. Olympic surfing team doesn’t have any minorities, Harris predicted the sport’s worldwide coverage will excite and inspire fans from all over the world.

Harris likened it to when he saw “The Karate Kid” as a teenager and immediately began practicing martial arts. He recommended that surfing schools and other organizations should start planning for that rise in demand.

“I’m telling you everyone is going to get a commemorative surfing board when this is done,” he said.

Mon Jul 5 , 2021
Epic Online games Retailer has put on provide The Spectrum Retreat for this week’s giveaway, taking the spot of Sonic Mania and Horizon Chase Turbo. The Spectrum Retreat is a very first-particular person puzzler at first introduced in 2018. It was designed around a 5-12 months time period by Dan […] 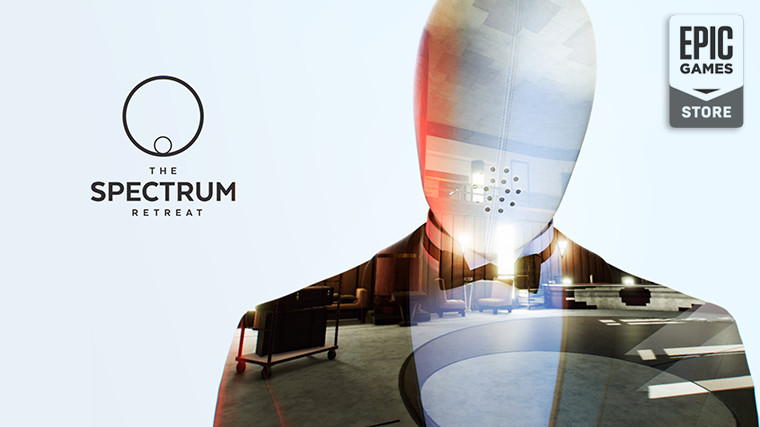